What Is the Blue Goba Penis Envy Shrooms? Everything You Need to Know

Strong, but gentle. Blue Goba Penis Envy shrooms are one of the greatest strains of all time… here’s why

One of the most popular strains of magic mushrooms — the Blue Goba Penis Envy mushroom strain, is an excellent starting point for new users looking to get their feet wet with psychedelics.

This may come as a surprise to some of you because the Blue Goba Penis Envy Shrooms actually contains more psilocybin than average.

Of course, the effects of the Blue Goba Penis Envy mushrooms are still highly dependent on the mental state the user is in when they take them. Set and setting are still the primary factors for determining the experience.

This article explores the Blue Goba Penis Envy strain, explaining what it is, what makes it so popular, and how to use it safely for the best results.

What Is the Blue Goba Penis Envy Shrooms Strain?

The blue goba strain was allegedly invented by Mr. G — a legend in the mushroom cultivation space. He’s also credited with the A strain, Albino penis envy shrooms Treasure Coast, and several others.

Mr. G claims the blue goba is a hybrid between P. cubensis and P. azurescens — however, this is widely contested and has not been proven. Some of the growth characteristics model after the alleged parent strains, so it’s entirely possible.

The merging of cubensis and azurescens could explain the heightened potency of these penis envy shrooms. Cubensis mushrooms are much easier to cultivate, but azurezcens have higher psilocybin and psilocin content. This could explain how blue goba has scored consistently higher than average in psilocybin content compared to other cubensis varieties.

This strain is somewhat famous for its large mushrooms. When grown in optimal conditions, it’s common to find a couple of absolute monsters growing from the substrate.

What Do Blue Goba Penis Envy Shrooms Look Like?

The underside of the cap features dark purple gills surrounded by gray-colored edges. A young Blue goba specimen’s gills are often a grayish color that darkens as it matures. Very young Blue goba penis envy mushrooms have a veil covering the gills.

Now is a good time to mention that it is extremely easy to mistake P. cubensis mushrooms like blue goba penis envy shrooms for a poisonous mushroom from the Galerina genus. Mushrooms from the Galerina genus are colloquially referred to as “Deadly Galerina” mushrooms because eating just one is enough to kill an adult human. You should never pick and consume wild blue goba mushrooms unless you are an expert.

Why Is the Blue Goba Penis Envy Shrooms Strain So Popular?

First, they’re stronger than average. People looking for mushrooms that can deliver high doses of psilocybin with just a few grams of shrooms will find solace in the Blue goba penis envy shrooms strain.

Secondly, they appear to have a benevolent and gentle nature. While it’s entirely possible to have a bad trip with any penis envy shrooms strain, the general sentiment from people using the Blue goba mushrooms is that the experience was very enjoyable and more or less under control.

The third reason why Blue goba shrooms are so popular is that they’re easier to grow than other strains. Blue goba mushrooms are robust and capable of growing in sub-optimal conditions, making them good for first-time growers and people who have struggled to grow mushrooms.

Possessing, using, and growing Blue goba penis envy shrooms strain is illegal in the United States at the federal level.

Note that growing magic mushrooms is illegal, although purchasing and owning the ingredients necessary to grow them is not. This is why vendors can legally sell spores and un-inoculated substrates even though putting the components together to grow mushrooms is a criminal offense.

What Are the Effects of Blue Goba Penis Envy shrooms?

Blue goba mushrooms have similar effects to other P. cubensis strains, including euphoria, spiritual experiences, hallucinations, and an overarching sense of warmth and well-being. Many people who use Blue goba penis envy shrooms describe the experience as calming, saying it was easier to relax and let the experience unfold than with other strains.

Everyone experiences psilocybin’s effects differently, but the consensus among Blue goba users is that it tends to be highly visual and less introspective than other strains.

Users also report that Blue goba is less likely to cause bad trips and unwanted side effects like nausea and vomiting, although side effects are still dose-dependent.

There are many ways to take magic mushrooms, depending on how badly you want to mask the flavor and how much time you’re willing to wait before taking your dose.

The most popular way to consume blue goba penis envy shrooms is in shroom tea. Making shroom tea is easy and only requires one to three grams of dried Bluegoba mushrooms, two of your favorite tea bags, and two cups of water. Grind the mushrooms, boil the water, and let the mushrooms dissolve with one tea bag for about ten minutes. Strain the tea and repeat with the other teabag.

Another great way to take blue goba shrooms without feeling sick is called “lemon tek.” To make lemon tek, dissolve ground mushrooms in diluted lemon juice for 20 minutes before drinking it. Lemon tek increases the strength of the psychoactive effects, so experienced users recommend using a lower dose of Blue goba than you normally would.

A good way to mask the taste of mushrooms is to grind them into a powder and then fill capsules. Standard 00 caps should hold around 750 mg of magic mushrooms, so you’ll need to take 2–6 for a psychoactive dose.

The simplest way of taking magic mushrooms is to just eat them straight up. They don’t taste great, but it’s effective and requires no preparation.

Many people will wash down their magic mushrooms with some sort of juice to cover the taste.

Alternatively, you can add your shrooms to some food to hide the taste — just make sure you don’t add the shrooms until AFTER you’ve cooked the food. High heat will destroy the active ingredients in the mushrooms. If you make a pizza, bake it, and then add the dried mushrooms after it’s come out of the oven.

Honey is a great solvent for psilocybin. Chop your mushrooms up into small pieces and cover them in honey. You’ll need to let it sit for a few weeks, stirring the mixture every couple of days.

After about two weeks, most of the psilocybin will have dissolved into the honey. You can then eat the honey raw, mix it into tea, or spread it on toast for psychoactive effects.

There are many guides on the internet that recommend shrooms dosages (including us), and while they may work for the average person, there’s no guarantee that generic recommendations will be right for you.

Each person’s metabolism is different, and not all mushrooms of the same species have the same strength. The best way to determine your dose is by experimentation.

Start with a small dose — ideally less than one gram for the first time.

Notice how your body reacts and slowly increase the dose during subsequent experiences until you reach a level you’re comfortable with.

Even though the best way to find the right shrooms dose for you is to experiment, it’s useful to know common dosing recommendations so you can communicate with other psychonauts. Most people divide doses up into categories, starting with microdoses on the low end and heroic doses on the high end.

Blue goba penis envy shrooms are just as safe as other strains of P. cubensis, which is to say they’re relatively safe if used responsibly. There are no known cases of toxicity from magic mushrooms, so toxicity is not a concern.

However, taking large doses can lead to extremely unpleasant experiences. Users who take heroic doses often report intense, visceral visual hallucinations that can be frightening. Larger doses are also more likely to cause side effects like nausea, vomiting, muscle weakness, and drowsiness.

The Importance of Set & Setting

Set refers to your mindset at the beginning of a trip. You should always take the time to get yourself into a positive mental state. Avoid taking mushrooms if you don’t feel the conditions are right or if you’re with people you don’t feel you can trust completely.

Where you take magic mushrooms (the “set”) will have a profound impact on your experience. Set up a quiet, safe spot free from distractions where you can relax during the trip. Noisy rooms and places that make you feel anxious are not good candidates for a mushroom trip.

Wrapping Up: Why the Blue Goba Strain Is So Popular

Blue goba penis envy shrooms are stronger than most P. cubensis strains yet are known for their somewhat “gentle” nature — making them beginner-friendly. They also tend to have a high emphasis on the visual component of the magic mushroom experience (anecdotal).

People looking to grow magic mushrooms for the first time or who have been experiencing difficulties with past batches may want to give Blue goba a try. This strain is known for its resilience to disease or under-optimized growing conditions.

Overall, the Blue goba penis envy shrooms is one of the best mushroom strains all around. It’s loved by growers and users alike. It was even rated Shroomery’s most popular cube not so long ago.

3 thoughts on “What Is the Blue Goba Penis Envy Shrooms? Everything You Need to Know” 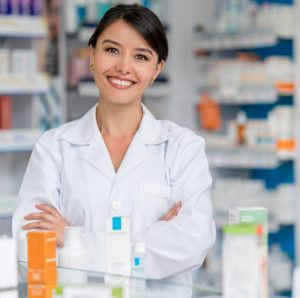