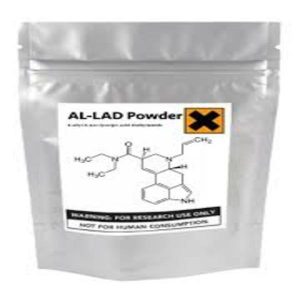 6-allyl-6-nor-lysergic acid diethylamide, or AL-LAD (also known as Aladdin), is derived from LSD, with the difference being the addition of an allyl group.

Reports suggest that this chemical has similar psychological effects to LSD, although with a shorter duration. It’s apparently less likely to provoke anxiety and has been described as a less intense version of LSD, and the ideal ‘starter psychedelic’.