Chem-Head Shop is primarily a producer and distributor for several different types of research chemicals. We also act as a secure online marketplace that brings together legit research chemical vendors and buyers. 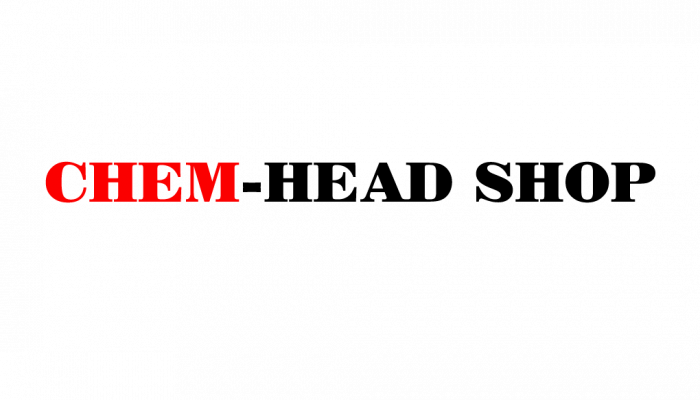 Chem-Head Shop is an online smartshop. www.chemheadshop.com provides its services subject to the following conditions. By visiting or shopping within this website, you agree to abide by these Terms & Conditions.

Use of the website, including searching or placing an order on Chemhead, is intended solely for consenting adults.

By using this website, you confirm that you are at least 18 years of age or older.

For customers from the United Kingdom: This Agreement shall be governed by and interpreted according to the law of England and Wales and all disputes arising under the Agreement (including non-contractual disputes or claims) shall be subject to the exclusive jurisdiction of the English and Welsh courts

Article 2 – Identity of the trader

Article 10 – Precluding the right of withdrawal

ARTICLE 1 – DEFINITIONS
The following definitions apply in these terms and conditions:

ARTICLE 2 – IDENTITY OF THE TRADER
Our main office (no visitors, no sales and no physical shop) address is:

Should the activity of the trader be subject to a relevant licensing system: the data of the supervising authority.

Should the trader practice a regulated profession:

ARTICLE 6 – RIGHT OF WITHDRAWAL
Upon delivery of products:

Upon delivery of services and digital content that is not supplied on a material medium:

Products or services whose prices are subject to fluctuations on the financial market over which the trader has no influence and which can occur within the period of withdrawal;
Contracts concluded during a public auction. A public auction is defined as a sales method whereby a trader offers products, digital content and/or services at an auction, under the directions of an auctioneer, and whereby the successful purchaser is obliged to purchase the products, digital content and/or services;
Service contracts, after full completion of the service, but only if:
implementation started with the explicit prior agreement of the consumer; and
the consumer declared having lost his right or withdrawal as soon as the trader had completed the contract in full;
Package travels, package holidays and package tours as referred to in article 7:500 BW and contracts on passenger transport;
Service contracts providing access to accommodation, if the contract already stipulates a certain date or period of implementation and other than for the purpose of accommodation, the transport of goods, car rental services and catering;
Contracts relating to leisure activities, if the contract already stipulates a certain date or period of implementation;
Products manufactured according to the consumer’s specifications, which were not prefabricated and were made based on a consumer’s specific choice or decision, or which are clearly intended for a specific person;
Products subject to rapid decay or with a limited shelf-life;
Sealed products that, for reasons relating to the protection of health or hygiene, are unsuited to returning and whose seal was broken subsequent to delivery;
Products that, due to their nature, have been irretrievably mixed with other products;
Alcoholic drinks whose price was agreed when concluding the contract, but the delivery of which can only take place after 30 days, and the actual value of which depends on market fluctuations over which the trader has no influence;
Sealed audio/video-recordings and computer apparatus whose seal was broken after delivery;
Papers or magazines, except for subscriptions;
The delivery of digital content other than on a material medium, but only if:
the delivery commenced with the consumer’s explicit prior agreement, and
the consumer declared that this implied his having lost his right of withdrawal.
ARTICLE 11 – THE PRICE
During the period of validity indicated in the offer, the prices of the products and/or services being offered will not be increased, except for price changes in VAT-tariffs.
Contrary to the previous paragraph, the trader may offer products or services at variable prices, in cases where these prices are subject to fluctuations in the financial market over which the trader has no influence. The offer must refer to this link with fluctuations and the fact that any prices mentioned are recommended prices.
Price increases within 3 months after the contract was concluded are only permitted if they are the result of statutory regulations or stipulations.
Price increases more than 3 months after the contract was concluded are only permitted if the trader stipulated as much and:
they are the result of statutory regulations or stipulations; or
the consumer is authorized to terminate the contract on the day on which the price increase takes effect.
Prices stated in offers of products or services include VAT.
ARTICLE 12 – CONTRACT FULFILMENT AND EXTRA GUARANTEE
The trader guarantees that the products and/or services fulfill the contract, the specifications stated in the offer, the reasonable requirements of reliability and/or serviceability and the statutory stipulations and/or government regulations that existed on the date that the contract was concluded. If agreed the trader also guarantees that the product is suited for other than normal designation.
An extra guarantee arrangement offered by the trader, manufacturer or importer can never affect the statutory rights and claims that a consumer can enforce against the trader on the grounds of the contract if the trader failed to fulfil his part in the contract.
An extra guarantee is defined as every commitment of a trader, his supplier, importer or manufacturer that grants a consumer rights or claims, in excess of those provided by law, for the event that he fails to fulfil his part in the contract.
ARTICLE 13 – SUPPLY AND IMPLEMENTATION
The trader will take the greatest possible care when receiving and implementing orders for products and when assessing applications for the provision of services.
The place of delivery is deemed to be the address that the consumer makes known to the company.
Taking into consideration that which is stated in article 4 of these general terms and conditions, the company will implement accepted orders with efficient expedition, though at the latest within 30 days, unless a different period of delivery has been agreed. If delivery suffers a delay, or if the delivery cannot be implemented, or only partially, the consumer will be informed about this at the latest 30 days after the order was placed. In this case, the consumer has a right to dissolve the contract free of charge and a right to possible damages.
Following dissolution in accordance with the previous paragraph, the trader refunds the consumer immediately the sum he had paid.
The risk of damage and/or loss of products rests upon the trader up to the moment of delivery to the consumer or a representative previous designated by the consumer and announced to the trader, unless this has explicitly been agreed otherwise.
ARTICLE 14 – EXTENDED DURATION TRANSACTIONS: DURATION, TERMINATION AND PROLONGATION
Termination

ARTICLE 20 – AMENDMENT TO THE GENERAL TERMS AND CONDITIONS OF THUISWINKEL.ORG
Thuiswinkel.org will only amend these general terms and conditions after consultation with the Consumers’ Association.
Amendments to these terms and conditions will only come into effect after they have been published in the appropriate way, on the understanding that where amendments apply during the validity of an offer, the stipulation that is most favorable to the consumer will prevail